The text below is an excerpt of Dr. Wesley Arden Dick’s talk at the inauguration of Dr. Mathew Johnson. See the article below for more information.

Albion –
Where Presidential Candidate John F. Kennedy spoke at the Albion Train Station in 1960.
Where Martin Luther King addressed an audience at Goodrich Chapel in 1963.
Where a crew film outlining environmental activities was shown to America on Walter Cronkite CBS Report Earth Day April 22, 1970.
Where Cesar Chavez urged us to boycott grapes.
Where Cleve Jones described the creation of the AIDS Memorial Quilt.
Where Bill McKibben warned about climate change.
Where Rosa Parks, Allen Ginsberg, Diane Nash, Barack Obama, Gloria Steinem, Julian Bond encouraged us in the struggle for justice.

When did it all begin?
And how did it come to pass that we are gathered here in this place?
In Albion, and at Albion College?
We are here in this place because a river runs through it.
The first White settlers were drawn to the confluence of the north and the south branches of the Kalamazoo River, known today as “The Forks.”
We are here because the first White settlers were drawn to the beauty of the land.
Rolling hills, lakes, hardwood forests, prairies, and oak openings; home to an abundance of wild animals, birds, and fish.

Giving Tuesday is always on the Tuesday after Thanksgiving.  It’s after Black Friday, Small Business Saturday, Cyber Monday, the next big national day is now 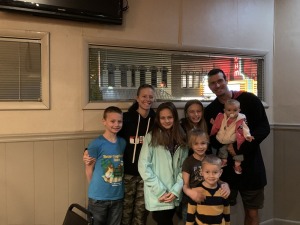 Exciting Snapshots from a November Saturday in Albion

ALBION COLLEGE TO CELEBRATE HOMECOMING WEEKEND The Oct. 22-23 weekend will feature Hall of Fame Dinner, Alumni Award Ceremony and the rollout of plans for

By Jake Weber Special to The Recorder September 23, 2021 A perfect Saturday afternoon set the stage for the Inauguration of Dr. Mathew B. Johnson

By SYLVIA BENAVIDEZ Contributing Writer November 5, 2020 Finding the mile-a-minute vine in Albion in October is more of a trick than treat. Jason Raddatz,

More Stories on this site that mention Albion College